At times we see in Facebook or Instagram, photographers/birders share bird photos by tagging them with much general locations like, "Pahang" or "Selangor", or even worse "Malaysia". They tend not to share the exact location of some rare or uncommon birds. However, it wont be too long for their friends to text or call them to know the pin-point location of such birds. So ultimately, they cant keep the locations as confidential for long. It happens right?

First, you must know with whom you are sharing the info. You must know their MOTIVE. Whether they want to:

2. Observe the birds' behavior and record it.

3. Expose the location to other photographers - for fame or to make money

Those friends who is asking for the location details, please be ethical, not to bring a party to the mentioned location. That location detail(s) were given to you by mean of trust. So be trustworthy to your friend.

I know people will tag you as "stingy" or bad when you never share the locations totally, its still OK, you already playing a role to protect the welfare of our feathered friends. You did the best! 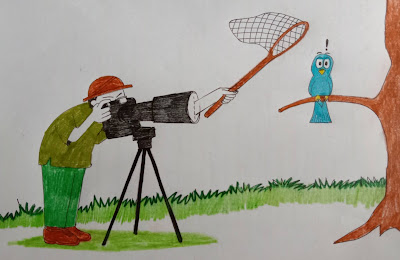 I have a friend from a neighboring country who loves birds a lot. As for him, he wont let know others if he finds an uncommon birds, fearing people may crowd up and drive away the bird from that location. He has his point, yet he is degraded and isolated by other photographers. However, I am proud of his concern on the birds' welfare.

As I was talking to my buddy, who is an avid birder, he did exposed to me poaching is getting serious now in Malaysia. Some of our endangered birds are being the target. Poaching is not as what we think. Its a big network and these poachers are everywhere, including our local birdwatching groups in social media. Who knows your birding buddy could be allied to them. So be very careful in sharing locations. He suggested me just to share it generally, as I mentioned before, i.e "Selangor" or "Perak", or if possible no to share at all.

"How the new bird photographers/birders know where to find this particular birds if we don't share location?" Simple, they have to look for it. What's the fun if everything been spoon fed? When I migrated to Selangor, I don't know much about the birding locations here. I don't even have birding friends here that time. So what I did was, I look for locations through internet, and yes I did found so many spots, such as Paya Indah Wetland, Taman Botani Putrajaya, Kuala Selangor Nature Park, Taman Botani Negara, Taman Templer and a lot more. So my advice to the newbies, why not you search for your self, instead of expecting from senior bird photographers? Birding spots can be anywhere, even in some wooded area near your house or any kampung. You got to find it

This was told by many senior birders when I contact them, in order to write this blog. So keep this in mind when you post something, especially rare, uncommon and endangered species, which are the targets of the poachers. You have to know what are the birds common in the trade. Some poachers are in disguise of birders and bird photographers too. They are even active in some birding and photography groups in social medias. So be very careful of what you are sharing.

If you find any traps/nets or any suspiscious activites related to poaching or trappings, kindly report it to the PERHILITAN through their webpage, under "e-aduan" (PERHILITAN). Take some photos of these traps and if situation allows you to remove or destroy the nest, don't hesitate to do it. 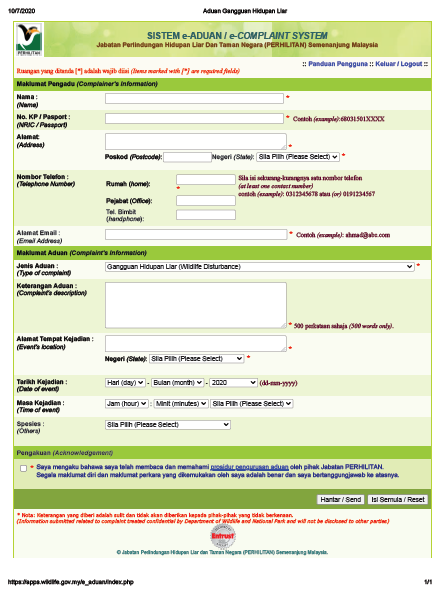 We are not only concerning on poachers alone. Overzealous photographers and birders are also a threat to out feathered friends, just in order to get a sight of a rare bird. I have seen and heard some photographers with long telephoto and prime lenses go to close to the bird for a shot. Getting too close with stress the bird. Its an harassment if you ask me. I can say these guys does not even know the true capability of their gears. Even a 2000mm lens wont be enough.

Another issue is overcrowding. The latest sensation here was the Helmeted Hornbill sighting in Pahang. It drew unwanted attention instantly in social medias. I was told by a local birder, nearly 40 photographers gathered at the spot to click on that rare bird. Some even camped at the spot for days., even after they managed to get good shots. Humans just cant have enough. It was a small area where you cant have many tripods in. Its on the roadside, and road safety is a big concern as well. Who bothered? One guy did; he reported to the local police station that photographers parked their vehicles recklessly along the road.

They even did landscaping to have a good view of that hornbill, which is ethically wrong. The calls were not used minimally. Finally the photographers pointed fingers to each other when people starts to condemn them to expose the site and overcrowd. I just want to say, whoever present there at the site, they did their best to expose an endangered species and you guys know it. Its good that the bird gone after finishing up the wild figs in that area.

Lastly always keep in your mind, the no.1 priority is the well-being of birds, any birds whether common or rare. Safeguarding the location of the birds will definitely decrease the danger that birds face.

"Sharing at times not caring at all"

Posted by சரவணன் பழனிசாமி ~ Saravanan at 20:57
Email ThisBlogThis!Share to TwitterShare to FacebookShare to Pinterest