I manage to visit the Eco Rimba Park of Kuala Lumpur which is located near the KL Tower. It was 12pm and the weather was rather cloudy. Just could see some very much common birds; Oriental Magpie Robin, Yellow Vented Bulbul and Asian Glossy Starlings. I head straight to the canopy walk and its kind of aweful to see a gang of Long Tailed Macaques sitting at the entrance of the suspended bridge. They are quite brave enough to attack even if you are not disturbing them. I barely escaped one of such attempts.

I was looking for the Silvery Langurs or Silvered Leaf Monkeys (Trachypithecus cristatus selangorensis). They are very much "friendlier" than usual as they would avoid human. Anyway they are still wild animals...so just dont be to brave to get closer. Monkeys are really unpredictable indeed. 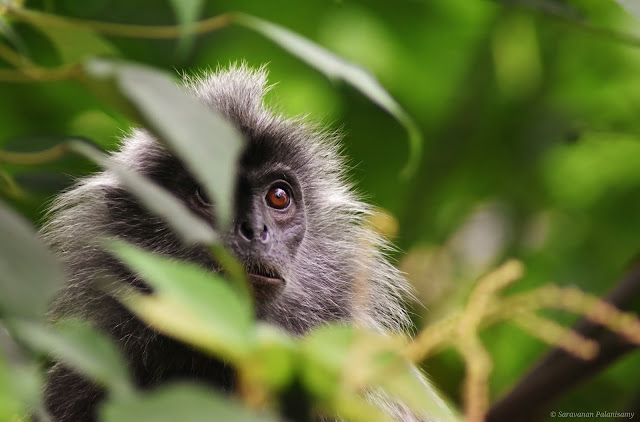 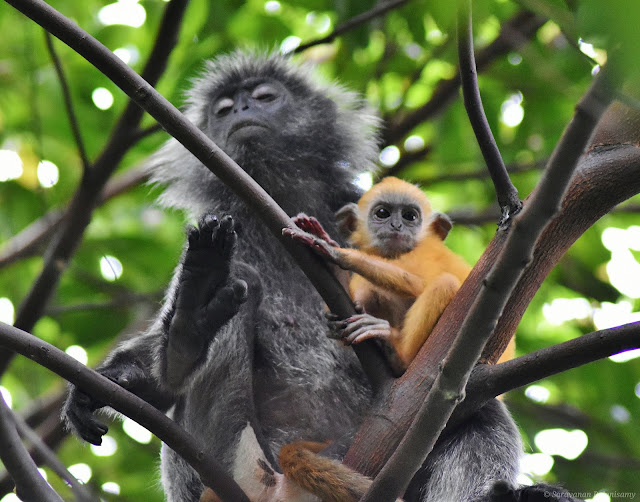 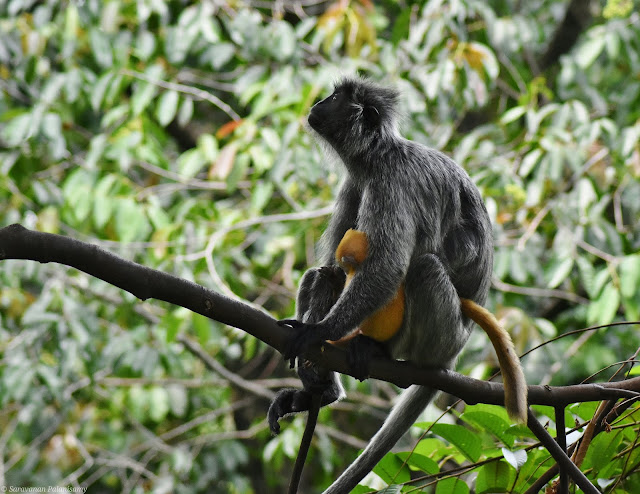 Mostly arboreal species with a long non prehensile tail. Largely feed on leaves. As their name implies, they have black fur with grey tip which give the silvery look. Females are distinguished with a white fur patch on their groin area. Babies are orange in colour. 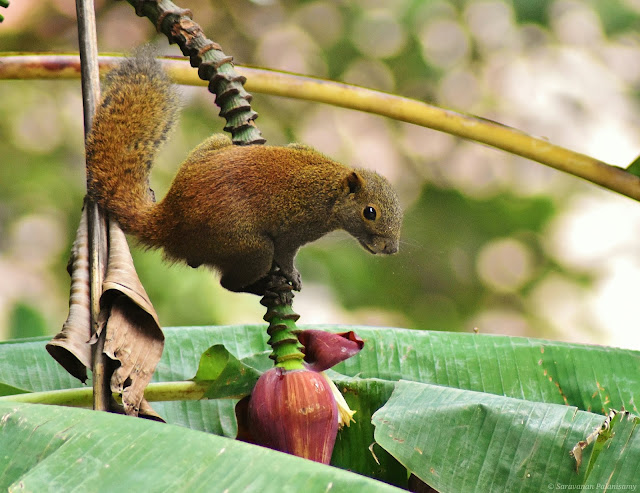 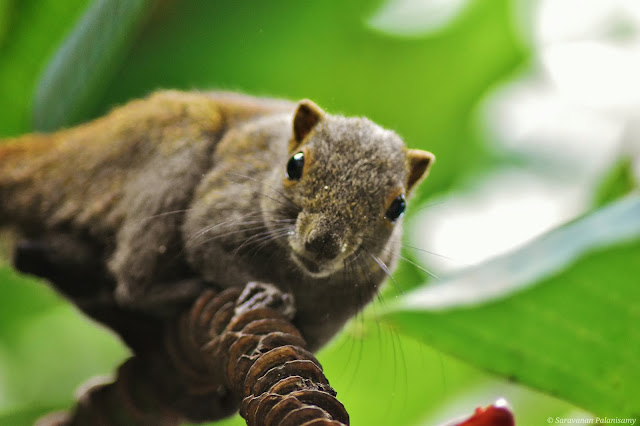