A short conversation with Khalis and Ng Hung Chuan, who I met at TBNSA during the "pitta hunt", gave me some initial information on the Ruddy Kingfisher of Danga Bay, in Johor Bahru. But where exactly the spot in Danga Bay? Luckily Ng gave me the exact location coordinates.

I reached the spot at 7.00am, and I thought I was way too early. I went to have a quick breakfast and reached the spot at 7.30am. The ambience was superb. White Breasted Waterhen were busy hunting for its meal at the bushes along the track towards the mangroves. The calls of ioras, bulbuls and green pigeons filled the air.

I saw a photographer (Azmi) just parked and set up his gear. I greeted him and he was kind enough to show me one of my lifer, the Mangrove Pitta. Yet, it was perching pretty deep in the mangroves.

Then Azmi played the call of the Ruddy Kingfisher, it did responded. However it perched high at the mangroves, pretty difficult for a shot.

We also had a pair of babblers which was feeding on the insects and grubs near to us on the ground. It lwas a pair of White Chested Babbler, another lifer of mine.


We left the place before noon. Good visit with 3 lifers in total.
Posted by சரவணன் பழனிசாமி ~ Saravanan at 13:30 No comments:
Email ThisBlogThis!Share to TwitterShare to FacebookShare to Pinterest

It was a great morning, even though the Sun was reluctant to show itself fully. I arrived at the park at 8am, and head straight to the paddy field to see the Asian Openbill Storks. I could say there were nearly 30 to 40 storks, hunting for....freshwater clams at the flooded paddy field.

Everything was fine when a jogger, who was so recklessly running around the paddy field, never bother about the storks, successfully flushed them away. Morning meal is very crucial for birds to gain energy to move around, so do not interrupt them when they are feeding. Imagine someone chase you away when you are having your breakfast with a starving stomach.

I then walked towards the Camar Rimba track, hoping to see the Hooded Pitta. There were few photographers already waiting for the pitta to appear. I quietly moved in, to get a position to shoot. Some placed meal worms on a log while playing the playback call. The meal worms became an easy meal for the passing by Sun Skinks, before the pitta gets it. So the photographers added the worms all the way. Finally the Hooded Pitta appeared, it was my lifer. Indeed a beautiful bird, probably same size with the Blue Winged Pitta. Along came a female Siberian Blue Robin, to feast on the meal worm. I did not get a photo of it because it was still perching further in the shrubs, made it harder to focus. The whole scene was disrupted by a male Oriental Magpie Robin, which flushed the Siberian Blue Robin further in.


Took few shots and a video of this. Its pretty shady compared to the Hooded Pitta "lair". I had to reduce the shutter speed to 1/250 sec, still a lil bit worry for my non VR lens.

Finally manage to get a lifer, the Hooded Pitta.

Posted by சரவணன் பழனிசாமி ~ Saravanan at 13:00 No comments:
Email ThisBlogThis!Share to TwitterShare to FacebookShare to Pinterest

This is my first birding spot for 2020...FRIM Bidor Station (Perak). After lunching at Teluk Intan, I drove along Jalan Bidor-Teluk Intan. On my way to FRIM, I stopped at a spot as I saw a big flock of cattle egret foraging for insects as an excavator clearing the land. There was a Crested Serpent Eagle perching on a utility pole, having its afternoon preening.

I was hoping to see the Cotton Pygmy Goose actually, and I did spotted 6 to 7 geese paddling in between the water hyacinth growth. 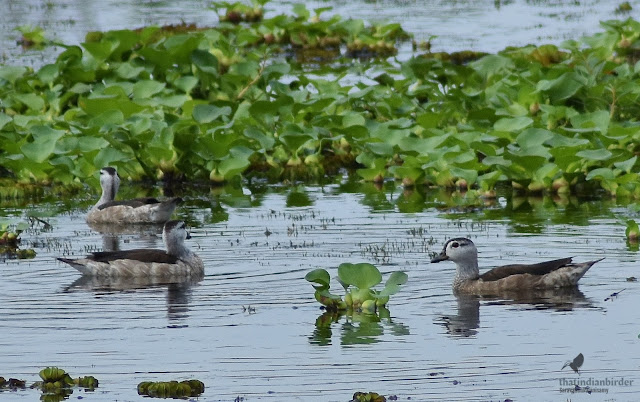 I drove further in, to have a look at the Asian Openbills. They were there; some are busy feeding on the snails and freshwater clams, while others are preening. There was a clam shell, probably the flesh was gulped by one for the openbills; it was huge, I can definitely say its larger than my palm. It was quite weird since I never seen freshwater clams before in lakes. Lakes are mostly inhibited by snails, as far as I had seen. 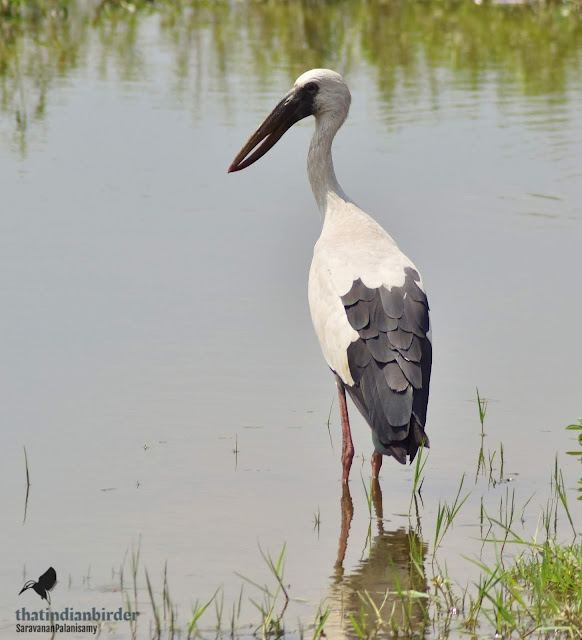 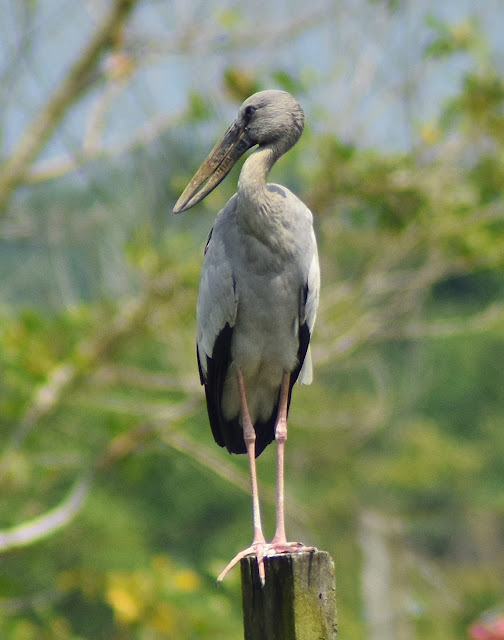 I saw a single, large wader foraging for food together with an intermediate egret and openbill stork. At first I thought it was a Wood Sandpiper, but it was way too big. A closer look at its photo made me change my mind. It was a Common Greenshank, my first lifer for the year 2020.

Then 3 Pied Stilts joined the party along with some Pacific Golden Plovers.

Quite a visit, not bad with one lifer at least!